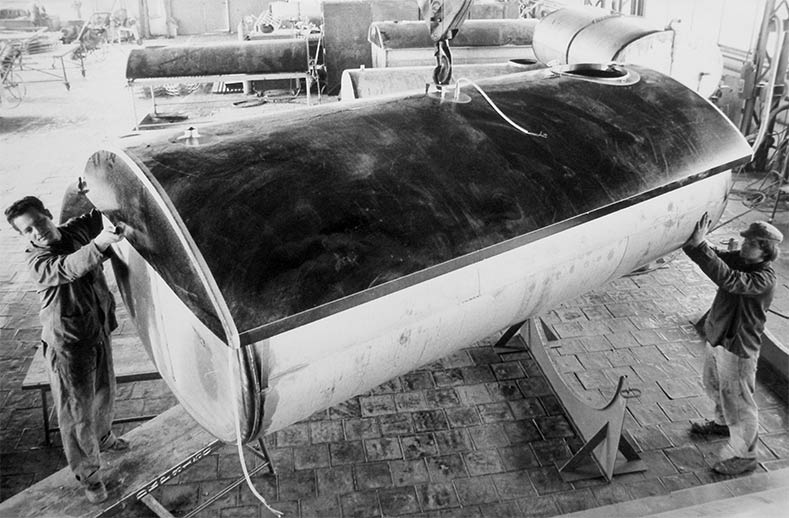 The beginning of production in PACOVSKÉ STROJÍRNY dates back to 1876, when a copper and boiler-making workshop was founded in Pacov by the Hradec family. The workshop was one of the first pillars of the engineering industry in the region located along the border of Českomoravská vrchovina (Bohemian-Moravian Highlands) and southern Bohemia. The town of Pacov, which is situated between the towns of Tábor and Pelhřimov, is currently integrated into the Vysočina region.

Along with the development of this geographical area, the focus of the workshop has grown from the original production and repair of agricultural equipment and the production of distilleries to other sectors as well, most notably the food industry. After less than a hundred years of existence, it was necessary to expand the already prosperous company and add new operating units. Between 1957 and 1963, a construction of a new plant was completed, and the current plant is still located at the same address today. Significant technological progress took place within the company in 1978 when the company was granted a license to manufacture milk coolers for primary agricultural production. The plant has been operational for many years and was the only manufacturer and supplier of these systems on the Czechoslovak market.

PACOVSKÉ STROJÍRNY, a joint-stock company, was established in Pacov in 1991. Its production programme builds on strong historical tradition and context, but at the same time has undergone significant innovation processes to comply with requirements on both domestic and foreign markets. Our diverse production programme is based on the processing of special stainless steel materials and copper, primarily used in the food, chemical and pharmaceutical industry and in agriculture.

In May 2013, the company became a part of the SAFICHEM GROUP, whose members deal with the chemical and pharmaceutical industries.

The town of Pacov is currently home to about 5,000 residents, and PACOVSKÉ STROJÍRNY is the largest employer not only in the town, but also in the region.